Legendary DeFi developer Andre Cronje is leaving the crypto industry. A March 6 tweet posted by Anton Nell, a co-developer of the Fantom protocol, revealed that both Nell and Cronje are removing themselves from the cryptocurrency and DeFi ecosystem. The Twitter thread also noted the number of notable projects they will be retiring from. “Andre […] The post DeFi tokens plunge as Andre Cronje calls it quits appeared first on Our Bitcoin News. 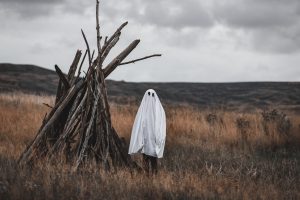 A March 6 tweet posted by Anton Nell, a co-developer of the Fantom protocol, revealed that both Nell and Cronje are removing themselves from the cryptocurrency and DeFi ecosystem. The Twitter thread also noted the number of notable projects they will be retiring from.

“Andre and I have decided that we are closing the chapter of contibuting to the defi/crypto space.
There are around ~25 apps and services that we are terminating on 03 April 2022,” Nell noted in his tweet dated March 6. Some of the projects listed were Yearn Finance, Multichain, Keep3r Network, Chainlist, and more.

Unlike previous "building in defi sucks" rage quits, this is not a knee jerk reaction to the hate received from releasing a project, but a decision that has been coming for a while now.
Thanks you to everyone that supported us over the past few years.
3/3

Similarly, FTM has plunged from $1.65 to $1.37, down by 17.03% at the time of writing. Its TVL fell by as much as 20% since Sunday. In addition, gas fees temporarily exceeded 10,000 Gwei resulting from an immediate increase in transactions. Since then, the gas charges have dropped to about 2,000 Gwei.

Meanwhile, the Fantom Foundation immediately released a statement emphasizing that Andre’s retirement will not have a significant impact on the future of Fantom. “Fantom isn’t and never was a one man team,” the foundation tweeted Sunday.

Therefore, the development of Fantom won't be impacted by Andre's decision.

Big things are coming, as scheduled.

We're still on track to ship snapsync and a db upgrade in the short term and to release middleware improvements such as flat storage and the fvm.

Banteg, the lead developer at Yearn Finance, also criticized the market reaction to the news.

“People burying YFI, you do realize Andre hasn’t worked on it for over a year? And even if he did, there are 50 full-time people and 140 part-time contributors to back things up,” the developer noted.

BIS joint pilot: Institutions can use CBDCs for international...

Welcome back to This Week in Apps, the weekly TechCrunch series that recaps the...

Google tells workers they can relocate 'without justification'...

Google will allow employees to move between states in response to the Supreme Court’s...

SHIB was trading by as much as 10% higher on Saturday, as crypto markets were mainly...

While crypto prices have seen some healing during the last few days, the total value...