Vietnam Businesses Urge for Blockchain Training of Students and IT Specialists

Members of the expanding blockchain sector of Vietnam have called on government and educational institutions to turn more attention to the deficit of talent. With the shortage of qualified personnel being a global challenge, they say the country needs to address the lack of training. Industry Players Highlight Growing Need for Blockchain Experts in Vietnam […] Members of the expanding blockchain sector of Vietnam have called on government and educational institutions to turn more attention to the deficit of talent. With the shortage of qualified personnel being a global challenge, they say the country needs to address the lack of training.

Vietnam is not the only nation in search of blockchain developers with the deficit seen as a common problem for countries like the United States, China and India, too. When it comes to the new technology, Vietnam is for the first time in the same situation as these tech hubs and it’s just as understaffed, business executives told local media.

The scarcity of expertise is inevitable in both Vietnam and internationally, said Pham Van Huy, CEO of Moonlab, a company working on blockchain and metaverse projects. Quoted by the English-language daily Vietnam News, he elaborated:

It is extremely difficult to recruit human resources specializing in this field as blockchain is still quite new and there are no training programs at universities, colleges, or even information technology centers in the country.

Huy also remarked that if Vietnam wants to become a hub for blockchain talent, in terms of quantity and quality, it’s necessary to focus on training on all levels and start a dialogue about the technology between government officials, business owners and managers, as well as employees and students.

Huy also insisted that the country should try to bring back Vietnamese experts who were trained or are working abroad with job opportunities and attractive remuneration. The executive emphasized on the importance of international cooperation programs as well.

The CEO of Moonlab believes that successful blockchain businesses need to organize courses for undergraduate IT students and internships to enhance their skills and knowledge about blockchain while offering attractive salaries for those who join their companies.

“Vietnam should soon establish training centers and courses in universities and colleges for this tech industry,” said Phan Duc Trung, vice chairman of the Vietnam Blockchain Association. He added that the organization is currently working to prepare qualified experts that can contribute to blockchain research, testing and deployment.

“It is the first time that Vietnam is in the same starting position with the whole world with a new technology,” commented Huy Nguyen, co-founder of Kardiachain. He is convinced that if the country can tackle the problem at the root it will be able to meet the needs of the market in the next five to 10 years and help wide implementation.

Do you expect Vietnam to invest more efforts into blockchain training and education? Share your thoughts on the subject in the comments section below.

Axie Infinity Can Recoup Its 6-Month Loss And Rise 25%, But It Must First Do This

Head Chef Of SushiSwap Says All Accusations Are Baseless

Yuan Taps New Low Versus US Dollar as Investors React to...

No decision has been made on the price of the oil cap, which will take effect in...

Accommodation Is Not a Shield From Criticism

An employee with a chronic condition can be held accountable at work. But it should... 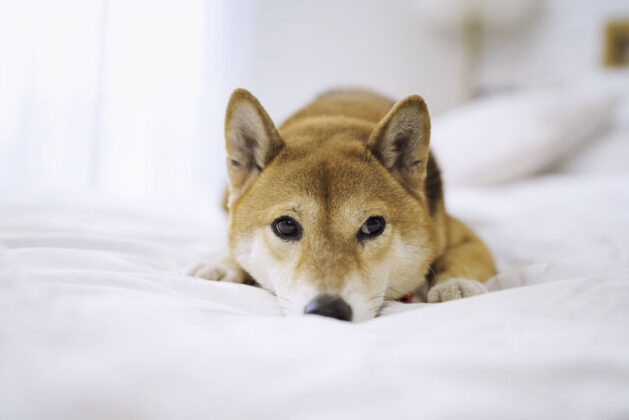 Shiba Inu managed to finally be on the green across its short-term price charts...

Weak economic growth, rising inflation and a strong dollar are taking a toll on...